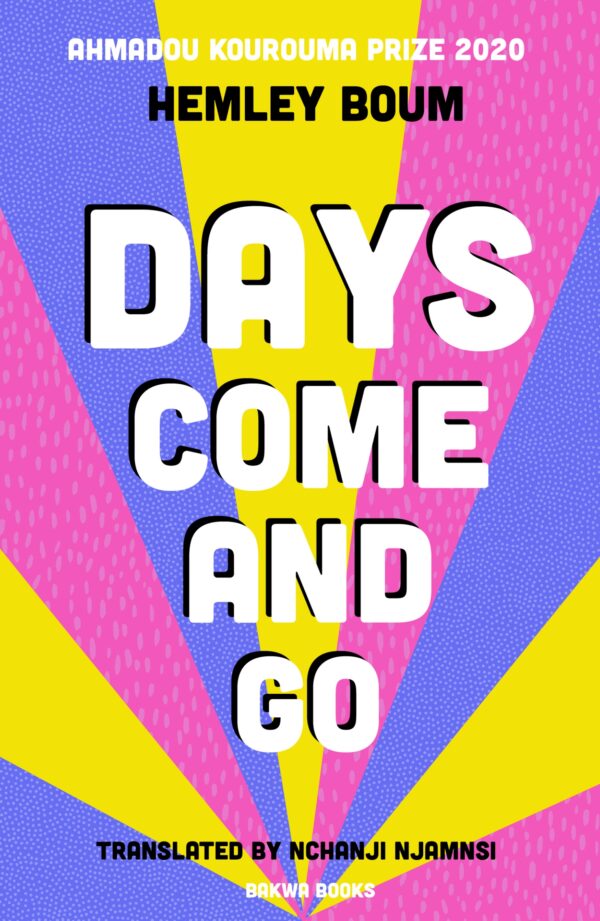 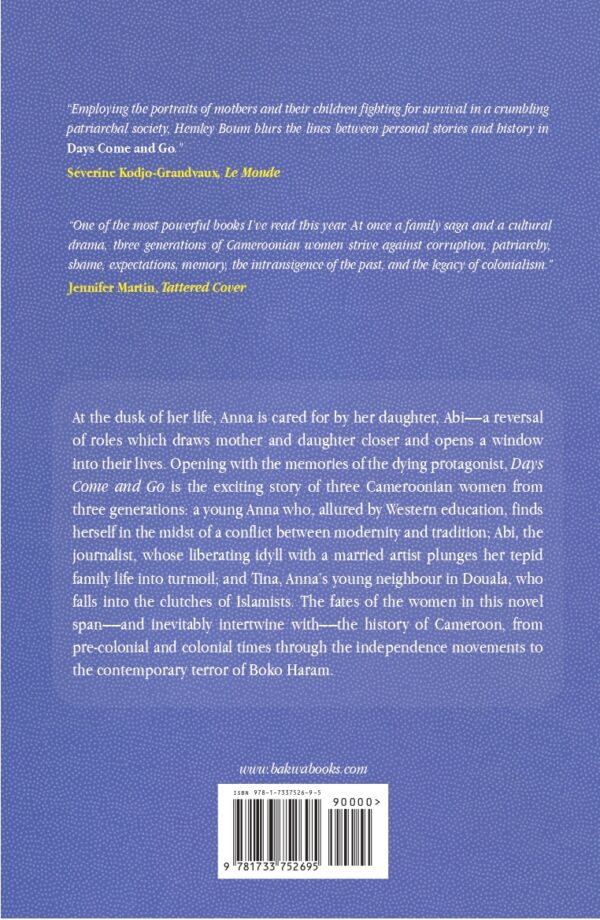 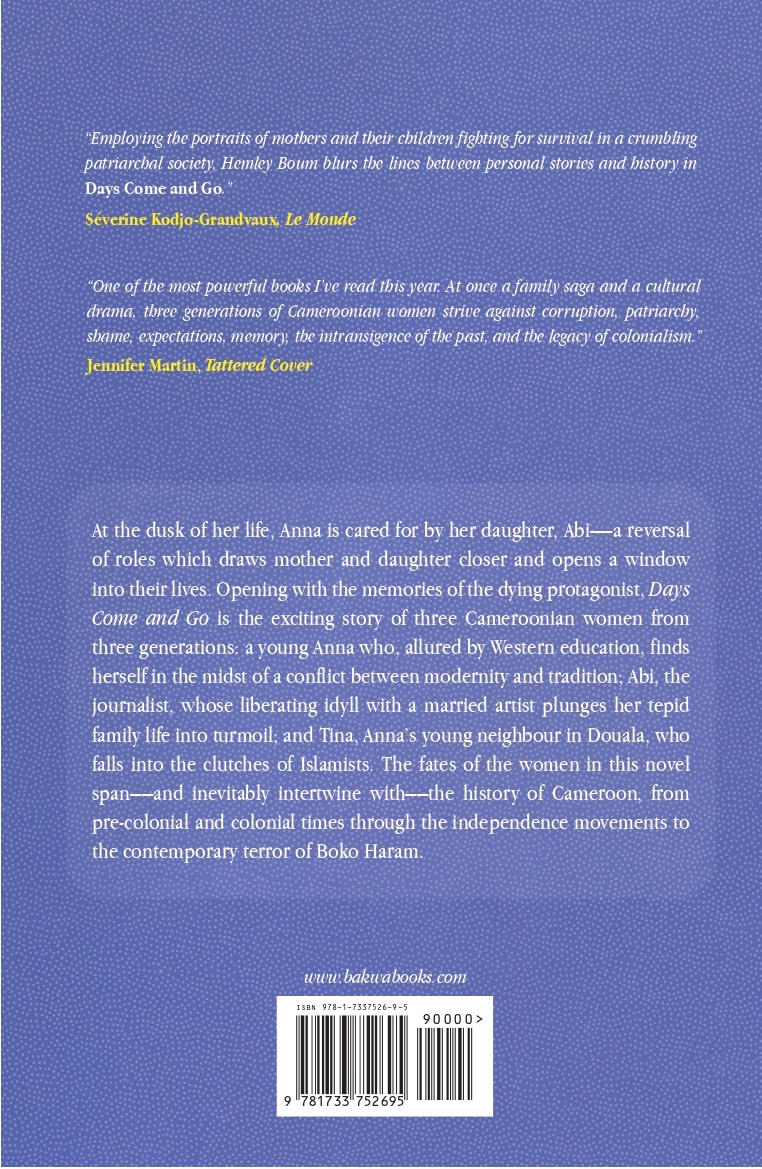 At the dusk of her life, Anna is cared for by her daughter, Abi––a reversal of roles which draws mother and daughter closer and opens a window into their lives. Opening with the memories of the dying protagonist, Days Come and Go is the exciting story of three Cameroonian women from three generations: a young Anna who, allured by Western education, finds herself in the midst of a conflict between modernity and tradition; Abi, the journalist, whose liberating idyll with a married artist plunges her tepid family life into turmoil; and Tina, Anna’s young neighbour in Douala, who falls into the clutches of Islamists. The fates of the women in this novel span––and inevitably intertwine with––the history of Cameroon, from pre-colonial and colonial times through the independence movements to the contemporary terror of Boko Haram.

“Employing the portraits of mothers and their children fighting for survival in a crumbling patriarchal society, Hemley Boum blurs the lines between personal stories and history in Days Come and Go.”

HEMLEY BOUM is a novelist, poet, and essayist who has authored four novels, including Les Maquisards, which received the Grand prix littéraire d’Afrique noire, and Days Come and Go (Les jours viennent et passent), which won the Prix Ahmadou-Kourouma and has been translated into German and Dutch. She regularly publishes articles in Jeune Afrique, Le Point Afrique, and Le Monde Afrique, and speaks at colloquia, universities, and literary festivals. Hemley has facilitated master classes in France, Réunion, Cameroon, and Congo, and has been involved in “La Fabrique de Souza,” a series of literary salons in Douala, Cameroon since 2019. Hemley was born in Cameroon, where she studied anthropology before relocating to Lille, France, to study international trade. She currently lives in Paris, France.

NCHANJI NJAMNSI is a translator from Cameroon who has been translating since 2012. He is passionate about the role literary translation should play in intercultural communication. He is an alumnus of the Bakwa-University of Bristol Literary Translation Workshop, within the context of which he co-translated a short story featured in Your Feet Will Lead You Where Your Heart Is, the ensuing bilingual anthology published in 2020.

Of Passion and Ink: New Voices from Cameroon

Your Feet Will Lead You Where Your Heart Is